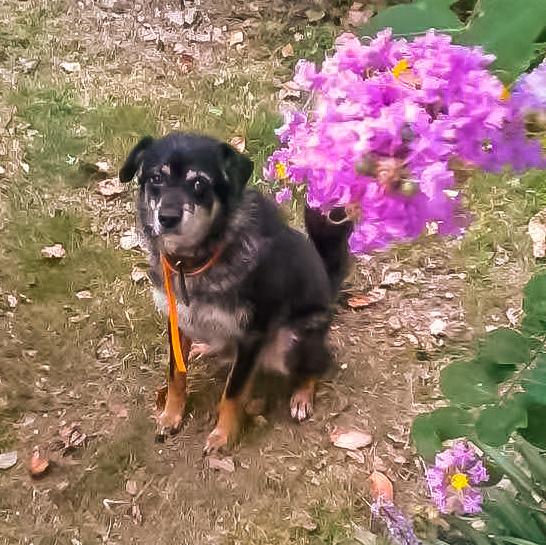 Pet ownership in Japan has been on the rise over the past decades. According to recent statistics, over 25 percent of Japanese households now include a cat or dog. In fact, Pets outnumber children in Japan. Government data shows there are less than 17 million youths under the age of 16 but there are over 18 million pets. A pet can be a great addition to your life and can bring endless joy and companionship but it also requires some responsibilities and planning.

It is a sad fact that many people buy a pet and then later decide it is not working out and abandon their pet. Ten years ago, in 2012, the Environment Ministry reported that there were 400 to 500 stray dogs or cats killed every day across Japan. The government in that year enacted a zero stray action plan which lead to rounding up 210,000 dogs and cats of which 160,000 were killed.

But the number of destroyed cats and dogs has been drastically reduced in recent years as more shelters and non-governmental charitable organizations have been developed to help rehouse these animals. Recent figures show less than 8,000 dogs and about 30,000 cats are still destroyed annually.

Pawer is an NGO that was created to educate people on the sensible option of adopting rather than purchasing a pet. Pawer’s motto is “Don’t shop, adopt!” More than 1,600 dogs and cats are purchased from pet stores in Japan daily. Most of the stock in pet stores come from large-scale breeding mills. These animals may suffer from long term or genetic health problems. If they are not sold, the futures for these puppies or kittens are in doubt and many will be slaughtered or sent to shelters.

Meanwhile, the number of abandoned pets exceeds 43,000 annually, according to PeaceWinds Japan, an NGO working to eliminate the slaughter of dogs and cats by working with governmental agencies, corporate partners and communities to provide alternatives for our furry friends.

Also pets sold in stores are quite expensive and even with that cost, often have not received proper veterinary care nor been spayed or neutered. Shelter animals have had complete medical care. Obviously, shelters charge a fee of about 20,000 yen ($185) usually including neutering or spaying, which is a bargain considering that at a vet office, that operation will cost considerably more.

Each shelter has its own process for adoption but this will usually include assuring the financial security and stability of the family and proof that pets are allowed in the home, especially in the case of rented apartments. Many landlords do not allow pets and that could lead to abandoned animals.

When you adopt an animal, you will usually be required in the adoption papers to maintain the pet’s routine medicals and to never sell, give away or euthanize the animal. If you must surrender the animal it must be only back to the shelter.

Aside from the NGO shelters, each town or municipality has their own animal control department. The town or district animal pound is also a great source for furry friends. Only a small percentage of animals taken in by authorities are reclaimed by owners. The vast majority are directly adopted, rescued by shelters or slaughtered. Pawer has assembled a list of shelters across Japan. This is not necessarily a complete list. http://pawer.jp/en/dont-shop-adopt/shelter-map/

Cats on the rise

There are now 9.64 million cats in Japan according to the Japan Pet Food Association and that number is growing by more than 1% annually while dog ownership is on the decline and currently there are less than 8.49 million dogs, down from over 10 million in 2014.

Cats are not a native species to Japan. Domestic cats arrived in Japan during the 6th century C.E., concurrent to the introduction of Buddhism to the islands, some scholars claim they were brought to protect sacred texts from rodent damage. Genetic data shows Japan’s common domestic cats came from China but originated in India.

So why have cats surpassed their canine counterparts? One factor is economic. The average cost of lifetime ownership for a cat is just over 700,000 yen ($6,500) while a dog will cost about 1.2 million yen. A large portion of this added cost is higher vet bills including rabies vaccine, city registration fees and larger dogs eat more.

Cats also better fit the modern and more urban lifestyle, according to many younger Japanese. Cats are seen as cleaner, take up less space, and require less fuss and grooming. With busy lifestyles, many professionals do not want to have to walk a dog 2 to 3 times a day.

It is easy to fall in love when you see a kitten or puppy and pet ownership is rewarding and fun, but it is important to understand that adopting a pet is also a responsibility. A rescue animal has already suffered the upheaval of losing its home and maybe even hunger, living on the street or even abuse. The last thing you want to do after rescuing an animal is subject it to more hardship.

Remember pets might live up to 20 years. If you are not settled down and expect to move about or are not financially stable, maybe the time is not right to get a pet. You can still volunteer at shelters or even offer to be a foster home in the short term. Many shelters do not have enough spaces in their own facilities and rely on loving temporary homes.

If you do decide that you are ready to add on a new family member, then there are still some points to consider.

-As mentioned above, there is the cost over the lifetime of the pet. Some people consider pet insurance as well, if they might not be able to afford an unexpected medical cost in case of emergency.

-If you are renting, most landlords in Japan do not allow pets, so a shelter or city animal control will want to see your permission from your landlord or proof of home ownership so they can assure the home can accept pets.

-As part of the adoption process the shelter will want to know the number of people in your home, any existing pets, how you will fit the new member into your family and your lifestyle. They will want to know how long the animal will be left on its own daily and what are your plans if you will travel for work or holiday.

-They will ask for proof of employment and financial stability. Many shelters will want to inspect your home. This is all to ensure that the animal can be a proper fit for both the pet and the family.

-If you are a foreigner, most shelters will only allow adoptions to people with a permanent residence of family visa status because they do want to assure stability of the adoption for the long term. It is an all too common tragedy for a person returning to their home country to leave their pet behind.

-Find the right pet. Most of the animals in the shelters are capable of offering love and joy and becoming wonderful additions to your family. However, many of these animals did face some hardships or even abuse, so take time to get to know them and their emotional quirks before you decide. It is hard for both parties if things don’t work out and you must return an adopted animal.

-You will also want to find a vet you trust. Even smaller communities have neighborhood vet clinics and there are large chains of pet stores that cooperate with a veterinarian to have a clinic in their store. If you go with the chain store, do have an option if there are emergencies in off hours.

-Once you have decided to take the step and get a pet, it is important that you both have a great experience from the beginning. Prepare all the things for your new family member such as its bed, water and food bowls, feed, a leash, harness or carrying case, treats and toys. You also want to organize a place in the house that is quiet and out of the way for the pet because it might feel anxious or scared at going to a new place and will need to feel secure in its new home.