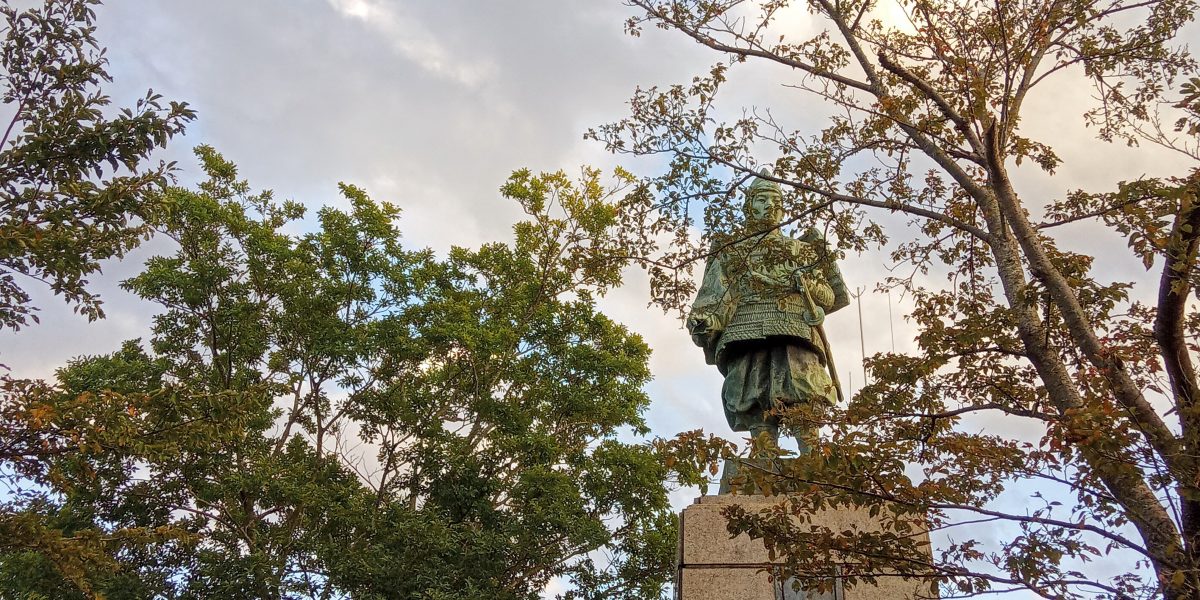 Take a walk into Osaka’s medieval past

Osaka is steeped in history and is fortunate to have a beautiful restored castle centered in the heart of the city. It is surrounded by beautiful parkland open year-round 24 hours a day and features the Osaka Castle Museum.

There is, however, another castle that played an important role in Osaka’s history and makes for a great moderately challenging day hike. The Iimoriyama Castle ruins are about 15 km northwest of Osaka Castle in Shijonawate, Osaka. It is easily reached by the JR Gakkentoshi Line at Kyobashi Station.

The castle is a 3 km and 250m elevation hike from the Shijonawate station. There are many shops and restaurants in Shijonawate to prepare for the hike. I walked along the winding stream flowing from the mountains but if you have extra time, the Shijonawate Shrine is a worthwhile detour.

Iimoriyama Mountain extends from the Kawachi Ridge connecting to Mount Ikoma to the south and descends to a low pass in the ridge to the North. Climbing the northern face is a challenging scramble but the trail does have steps and in some cases hand ropes so hikers of all levels can handle this trip.

After walking about 20 minutes from the station, the trail head ascends into the woods with a shady, densely forested climb. It quickly becomes steep with double-height steps and there is commonly some erosion from heavy rains.

The climb will soon offer a vista to the north looking towards Kyoto. The main road from Kyoto passed below. The strategic value of this location is evident and even before the castle was constructed here around 1520, there were military forts commanding this spot.

This hike is especially popular for foliage in the fall but offers a great short hike year-round so close to Osaka city and is rarely crowded. After passing a side trail to Shijonawate Shrine, there is a final press to the castle.

At the top of the climb, there is a viewing deck and a statue to Masatsura Kusunoki, the hero of the Battle of Shijonawate in 1348, well before the construction of the castle.

Masatsura’s enduring fame is not for winning the battle but rather trying to avenge his father’s death, he fought his way into the opposing camp and came to within meters of meeting his foe when it was clear he would be taken, so he took his life with his own sword. His acts are held as a model of filial piety and honor.

Because of its powerful defensive nature and strategic location, the castle was torn down around 1570. All that remains today are the rock walls lining earthen defense structures.

Enjoy your time at the castle grounds and explore the ruins. This was one of the larger Japanese castles with a huge footprint of 800 by 400 meters. It had been defended by a dry moat and other constructions. Shijonawate was connected to the Yodogawa River, another reason for the location of this fortress to command the Osaka plains.

On your way down you can ponder the history of the castle and its role in the region. At the height of a warring states period under a weak empire, it was captured by Nagayoshi Miyoshi (1522-1564) and he moved his base there in 1559. The Miyoshi clan held stable control of the economic center in Sakai to the southwest. This allowed Nagayoshi to concentrate on keeping the Shogun in Kyoto at bay.

As the Shogunate was weak at this time, some historians ponder that Nagayoshi could have made bold moves and taken Kyoto as his own. Perhaps he was too cautious but maybe he was simply overcome by the peacefulness of the views. Whatever the reason, Nagayoshi and his lord Harumoto Hosokawa were killed in the battle of Taiheiji in 1564 marking the end of the castle’s prominence and its eventual destruction.

The climb down offers its own challenging sections and a few nice vistas. Before descending into the village of Nozaki you can view the Buddhist Jigenji Temple also known as Nozaki Kannon which can be accessed by crossing a short scenic bridge. The temple in coordination with Daito City Mountain Federation offer a downloadable detailed map (in Japanese only.)

Now you are in the village of Nozaki and it is a short trip to the JR station back to Osaka.